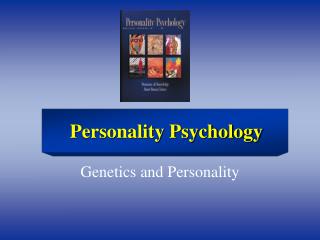 Personality Psychology. Genetics and Personality. Contribution of Genes or Environment. Genes rarely act completely alone Environmental factors and other genes may modify expression Traits can be described as Mendelian or primarily due to a single gene

What is Personality? - . personality an individual’s characteristic pattern of thinking, feeling, and acting four basic

Personality and Sport Performance - . september 3, 2002. definitions. “the sum total of an individual’s