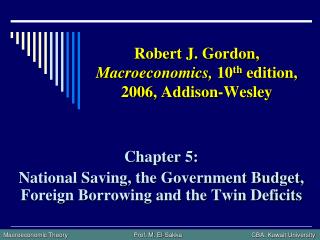 UNIT 6: FISCAL AND MONETARY POLICY - . government’s role in the economy. what we will explore………. explain how

Chapter 15 Finance and Fiscal Policy for Development - . 15.1 the role of the financial system in economic development

Chapter 3: Transport Layer - . based on: computer networking: a top down approach featuring the internet , 3 rd edition.