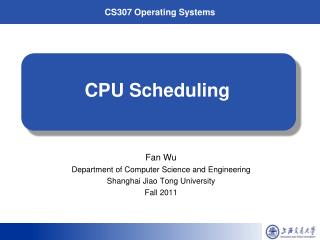 Scheduling for QoS Management - . outline. what is queue management and scheduling? goals of scheduling fairness