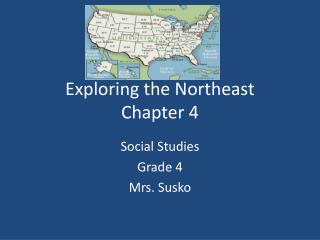 Exploring - Chapter 7. exploring. a look…. …into the client box. perspective. each of us lives within our own unique Northeast - . farms and mills . farming in the northeast . river valleys brought in fertile soil, which was good for

Chapter 10 Economic Transformations in the Northeast and the Old Northwest - . the american people , 6 th ed. i. economic