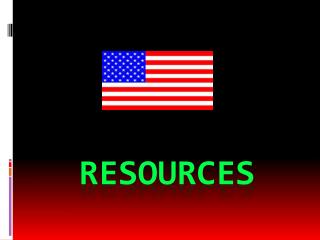 UNIT 2 NATURAL RESOURCES - . natural resources how can one sell the air? how can you buy or sell the sky, the warmth of

Environmental Interactions: Rural Land Resources - . rural land resources are the product of the interaction of a wide

Risk Management - . dr.talal alkharobi. risk management. without an understanding of the security risks to an