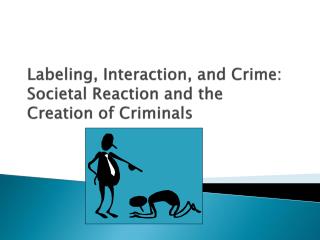 Labeling, Interaction, and Crime: Societal Reaction and the Creation of Criminals Labeling, Interaction, and Crime: Societal Reaction and the Creation of Criminals. Part VII. Labeling/Social Reaction Perspectives. Unlike other sociological theories, the labeling/social reaction perspectives reject using the offender as the starting point in their analysis

Labeling, Interaction, and Crime: Societal Reaction and the Creation of Criminals

KINETICS - . the speed of a reaction. kinetics. the study of reaction rates. spontaneous reactions are reactions that

Sensitization and Agglutination - . antigen-antibody reaction. red cell ag-ab reaction can detected by a number of

Digestion and absorption of proteins Protein enters the stomach and the low pH: - *** amino acid: building block for