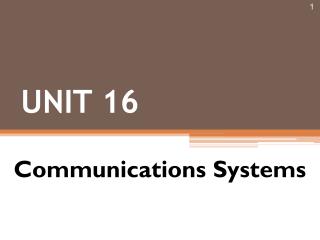 UNIT 16. Communications Systems. Introduction. Introduction. Mobile phones have become a common way of communicating. They are small computing devices in the form of a telephone handset that can connect to local radio networks allowing users to make normal telephone calls.