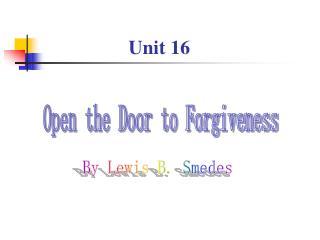 Unit 16 - . section 1 – properties of acids and bases section 2 – determining the acidity of a solution section 3 –

Unit 16 - . the patient’s mobility: transfer skills. let’s get moving!. introduction. as a nursing assistant, you

Unit 16 - . text i the story of an eyewitness. pre-reading question. what do you think is the most destructive natural

Unit 16 - . my wwd. we will discover what fossil fuels are, how and when they were created, and how they make

Unit 16 - . part 3 the rise of fascism. fascism on the rise. defn : a political system which emphasizes the needs of the

Unit 16 - . germany v. japan. standard. compare and contrast the rise of the nation state in germany under otto von

Unit 16 - . learning objectives. by the end of this unit, you are supposed to grasp the author ’ s purpose of writing

Unit 16 - . vocabulary. s tellar. everyone could not resist talking about how stellar the play was on broadway. part of