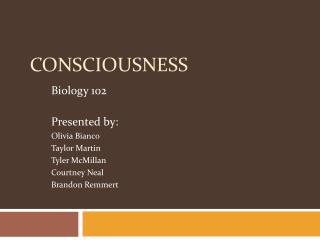 States of Consciousness - . psychology 12. sleep journal. researchers are still exploring the reason for sleep and

Identity, Explanation, and Consciousness: A Reply to Kim - . brian mclaughlin rutgers university. huxley on the mystery

Is the brain any closer to the mind than the environment ? - . riccardo manzotti 12 march 2014, sinha lab. where and

States of Consciousness stolen from appsychology.com with changes by Mr. C - . 14 note cards (chap 5). what is the