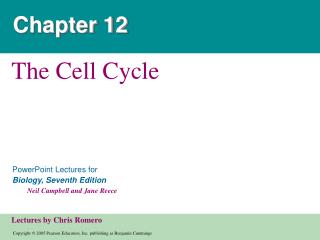 Chapter 12. The Cell Cycle. Overview: The Key Roles of Cell Division. The ability of organisms to reproduce best distinguishes living things from nonliving matter The continuity of life is based upon the reproduction of cells, or cell division.