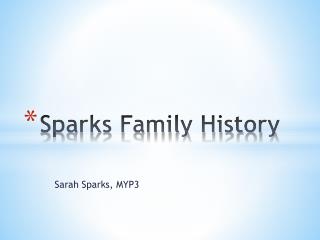 Sparks Family History. Sarah Sparks , MYP3. Why do we have last names? .

Realism and Naturalism - . second half of 19 th century. by 1840 romanticism is worn out variety of factors: political,

NUR 240 - . hematological stressors. charting chuckles. she has no rigors or shaking chills, but her husband states she

Family Crest &amp; Coat of Arms - . romeo &amp; juliet has a lot to do with family identity &amp; loyalty. in

Family History - . family crest. this is the bell family crest on it there is three bells and a feeding deer the bells