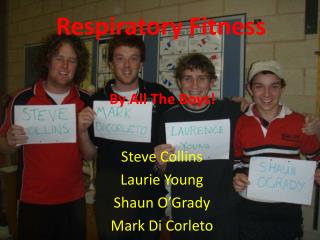 Respiratory - . 49 cfr 391.41(b)(5). sudden incapacitation . there are many primary and secondary respiratory conditions

Respiratory - . teresa v. hurley, msn, rn. anatomy of the lungs. main organs of respiration extend from the base of