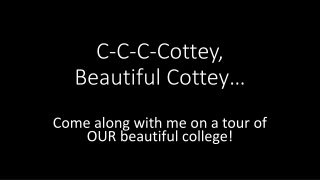 C-C-C-Cottey, Beautiful Cottey…. Come along with me on a tour of OUR beautiful college!.