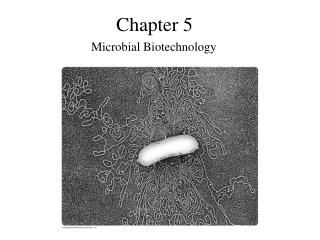 Chapter 5. Microbial Biotechnology. Interesting Facts. Microbes have existed on the earth for over 3.5 billion years 50% of the living matter is comprised of micoorganisms Less than 1% of all bacteria have been identified, cultivated and studied in the laboratory