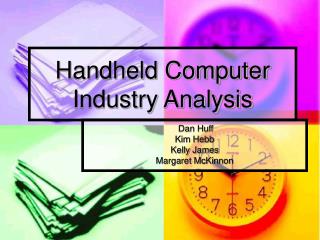 Computer Industry - One of the most influential industries to the economy. constant state of change the market is