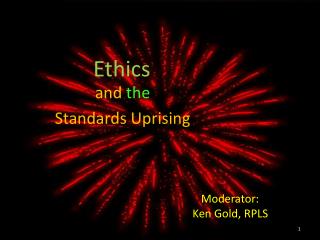 Ethics - . personal and professional perspectives. defining ethics 1. there are many definitions, mostly ‘loose’ ones

Code Ethics for Professional Teachers - . board for professional teachers resolution no. 435 series of

Chapter 1: Ethics and Ethical Reasoning - . why study ethics? there are differing views of moral rights and wrongs

Introduction to Moral Reasoning and Ethics - . kristene unsworth thanks to adam moore for slides. connections between