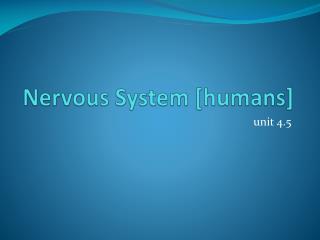 Blood Supply to the Nervous System - . objectives. 1. describe the importance of blood circulation to the brain. 2. list

The autonomic nervous system - . controls smooth muscles, exocrine and some endocrine secretions, rate and force of the