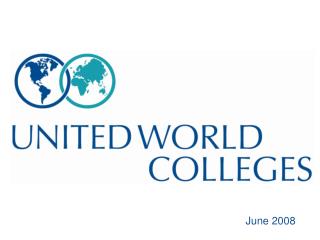 June 2008. UWC makes education a force to unite people, nations and cultures for peace and a sustainable future. What is United World Colleges?.

June 23, 2008 - The hospital’s bottom line in an era of value-based purchasing a webinar for philips customers that

Overseas Visitors Quantitative Research 2008/09 - . introduction. this report presents the findings for the overseas