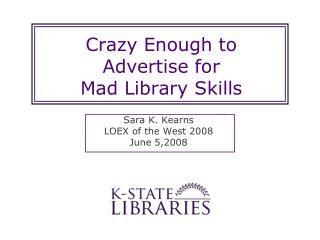 Mad Libs : The Crazy Word Game - . how to mad lib. we will read a story with some missing words. before reading, you

MAD Skills New Analysis Practices for Big Data - . madgenda. warehousing and the new practitioners getting mad a taste of