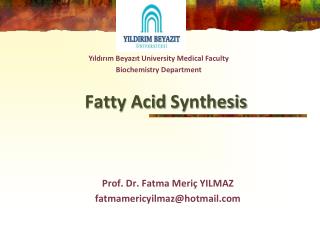 D- Fatty Acid Synthesis - . the input to fatty acid synthesis is acetyl-coa , which is carboxylated to malonyl-coa.

Fatty Acid - A fatty acid is nothing more than a long c-h chain with a carboxyl group (cooh) on the end. the cooh gives