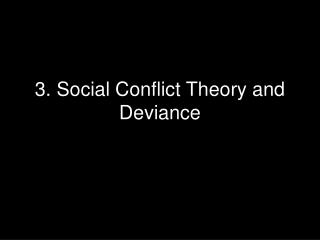 DEVIANCE - . sociology 120 kayla. what is deviance?. deviance is an act committed by a member of society that goes

Social Psychology - . content as per college board 8-10%. what is social psychology?. reading . kurt lewin. the father of

Deviance and Social Control - The nature of deviance. deviance- behavior that departs from societal or group normsranges