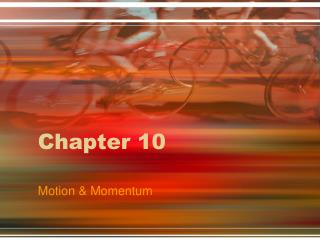 Chapter 10. Motion & Momentum. Ch 10.1 – What is Motion?. All matter is constantly in motion Motion involves change in position 1. An object changes position relative to a reference point. 2. Distance – the total length of the route an object travels when it moves.