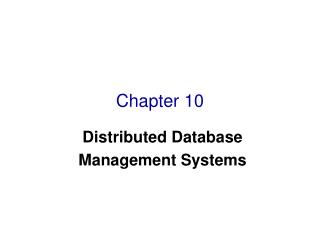 Chapter 10. Distributed Database Management Systems. In this chapter, you will learn:. What a distributed database management system (DDBMS) is and what its components are How database implementation is affected by different levels of data and process distribution