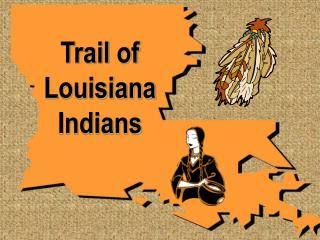 Trail of Louisiana Indians. Louisiana Indian Vocabulary Words. tribes - a group of Indians with shared culture and history. bands – groups of 4 or 5 families in a tribe. Trail of Tears - . powerpoint by: www.pbp.sevier.org/ trail - tears . ppt. quote 1. “they made us many promises, more

Pilgrimage and the Appalachian Trail - . warm-up – the rivanna trail. boots!. hospitality - trailwork. …and some kept

The Prospector’s Trail - . by: cathy jewison. literary devices. foreshadowing: ‘“we’re living in a tent. this is