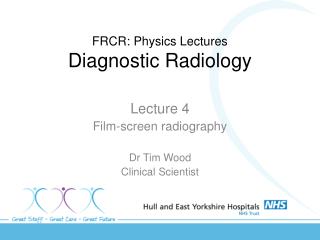 8. Diagnostic Radiology - . 8.1 production and characteristics of x-rays. x-rays are one of the main diagnostical tools