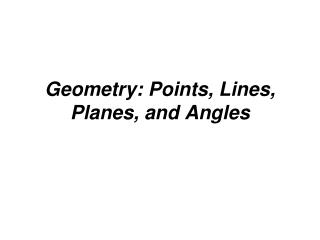 Geometry - . chapter 11. informal study of shape. until about 600 b.c. geometry was pursued in response to practical,

Unit 6 Geometry - . swivel to look at your turn and talk partner tell your partner what you think geometry is. be ready