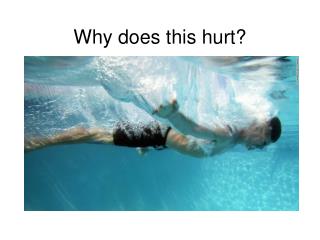 Why does this hurt?. Oxygen and Hydrogen are bonded together by Covalent Bonds O and H share some electrons. Water = H 2 O. Water is a Polar Molecule. Oxygen atom is bigger than Hydrogen atoms. Oxygen has 8 protons – it pulls the electrons close and becomes a little negative. Description - . jelly fish can come in all shapes and sizes. they are called jellyfish because their bodies are wobbly

Enhancing Safety through a Drug-Free Workplace - . “this wasn’t something i wanted to deal with, but i finally

Intro to Adaptive Web Design [edUi 2013] - For years, designers and developers have griped about the difficulties they

Hunter Safety - . review – chapter 1. what is safety and what is an accident?. safety is preventing accidents from

Strategic Substitutes and Complements - . a big theme. commitment can either help or hurt you. figure out which. soft vs.

MANAGING EMOTIONS IN POSITIVE WAYS - . exploring emotions. words that describe emotions. what is the advantage of being

ITN 220 - Rf basics itn 220 this class this is the short compilation of a number of topics. no math (only hints at it)

SHOCK - . cvs monitoring and shock. case 1. a 40 year old man comes to the ed having fallen on the path and hurt his left