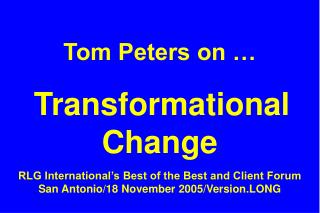 Business Consultants Focused on Leadership, Strategy & Brand - Visit us at - https://waking-giants.com/ we work with

Brand You! - The. brand you!. r senthilkumar chief change agent – transformation inc. be distinct in the crowd….