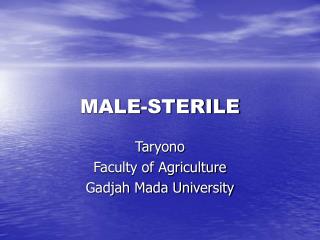 STERILE TECHNIQUE - . j.j.nelson rn,cma. what is surgical asepsis?. procedures that maintain an area or object free of

Sterile Dressings - . objectives. to assess the wound by both inspection and palpation. to describe the types of wound

Sterile technique - . when handling e. coli and other bacteria it is essential that the live cultures do not become