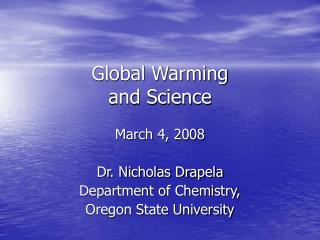 Case Study – Global Warming - . what is global warming?. rise in temperature of the atmosphere and oceans earth's

GLOBAL WARMING Our Responsibility Toward Climate Change - Global warming “not only is it real, it's here, and its