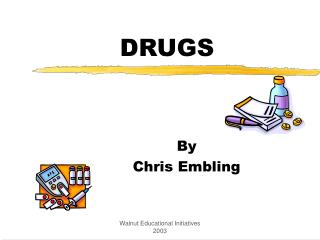 DRUGS By Chris Embling Drugs A drug is a chemical substance that affects the body systems Sports people have been tempted to use them to help them perform better This process is known as doping Doping is a big problem in sport You will need to know:

Drugs - . vocabulary matching review- click on the choice that best matches the question or statement. the use or sale