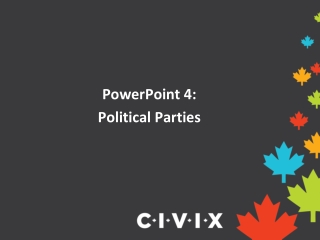 PowerPoint 4: Political Parties. What is a political ideology?. A political ideology is a set of shared ideas or beliefs about how politics and government should function. Common ideologies include liberalism , conservatism , and socialism . Others include communism and fascism.