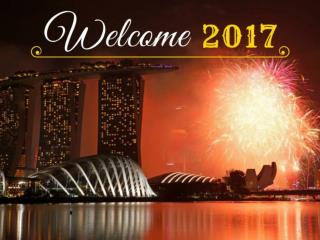 Revelers around the world turn out to celebrate New Year's Eve and welcome 2017. Welcome Class of 2017 - . please bring out a pencil and be ready to write some notes. graduation requirements. english