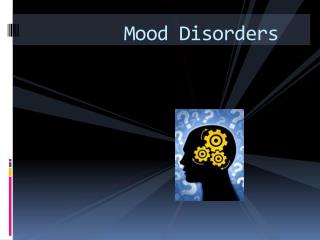 Mood Disorders. What are mood disorders?. A class of disorders marked by emotional disturbances of varied kinds that may spill over to disrupt physical, perceptual and thought processes