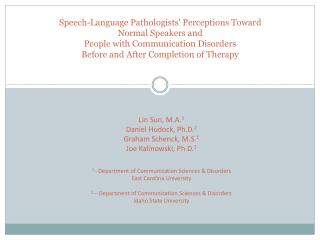 Sanita Hirunrassamee , Ph.D. 1 and Sauwakon Ratanawijitrasin , Ph.D. 2 - Does your healthcare depend on how your insurer

Daniel 1 - . daniel dared to be godly. what does it mean to be godly?. to be godly is to fear and respect god so much

Chia-Ho Lin Ph.D. - Immunohistochemistry is a method of detecting the presence of specific proteins (antigen) in cells or