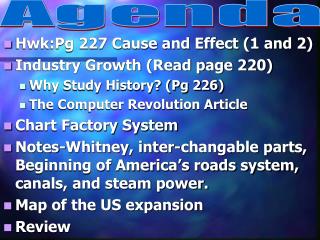 STUDY OF THE EFFECT OF VARIOUS DRUGS AND IONS ON THE FROG’S HEART - . li jingxin physiologcal department. theory. ions

CHAPTER 18 INDUSTRY &amp; URBAN GROWTH - . chapter 18 i can statement i can understand how industrialization

The Effect of Different Liquids on Plant Growth - . by michael rhodes. hypothesis. if i test the impact of dr. pepper,

The Anthropogenic Greenhouse Effect - . lesson 3 . history in a tree trunk. recording growth is one way to document

US History - . unit 7, week 1. homework for the week. monday cornell notes from the textbook on your paper topic tues/wed