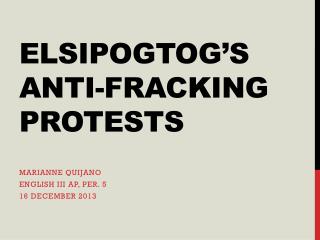 ANTI LOCK BRAKING SYSTEM - . introduction. wheel lockup during braking causes skidding which in turn cause a loss of

Silica Sand Mining For Use in “ FracKing ” - . a review of the land use, impacts and regulation in allamakee county.