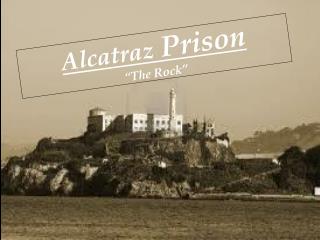 Alcatraz Prison “The Rock”. What was it, and where?. Alcatraz was first a military base equipped with full weaponry to protect California during the gold rush. In San Francisco bay Reserved for military use under President Millard Fillmore in 1850 The Rock Cycle - . q1. what do we call the collection of processes which shape the surface of the earth?. a1. the rock

Rock Cycle - . a cool trip around the rock cycle. what is a rock?. a rock is a mixture of such minerals, rock fragments,

Ch. 14: The Rock Cycle - . rock a naturally occurring solid mixture of one or more minerals or organic matter. rock

The Rock Cycle - . a lab. crayon rock lab. each student needs to collect the following from the front of the class:

Igneous Rock Basalt - . by: alyssa : andrew. how can your rock be used?. a rock can be used to draw on the side walk. a

The Stanford Prison Experiment - . max rowe. the purpose. the stanford prison experiment was a study of the psychological