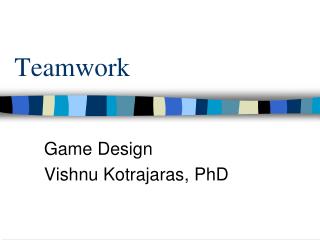 The FIVE DYSFUNCTIONS of a TEAM - . a leadership fable by patrick lencioni. presented by patty peterson, avp campus

TeamSTEPPS - . peacehealth southwest. it is all about teamwork. teamstepps defined. t eam s trategies and t ools to e

PROSECUTION - . keep in mind. a good investigation is the key to a successful prosecution!. there is no “i” in team.