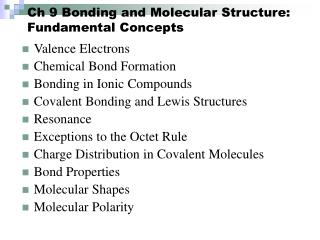 Molecular Mixing - . chapter 7. non-bonding versus bonding forces. which of the following attractive forces would be the

Chemical Bonding - . how does bonding occur?. chemical bonding – the combining of atoms of elements to form new