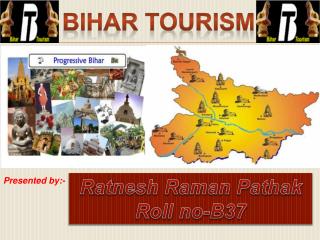 Bihar tourism. Presented by:-. Ratnesh Raman Pathak Roll no-B37. Table of content . Gol ghar- patna. Gol ghar . The golghar  located to the west of the Gandhi Maidan  in Patna and it is built by captain John garstin in 1786.

Hotels at Kanyakumari - Hotel temple citi is the leading hotels at kanyakumari, they provide good availability and Different Types of Train Tickets in India - In india there are 11 metropolitan urban groups and 1.35 crore people are

Rajgir- A famous place for the Buddhists - This ppt is related to rajgir and its importance in buddhism. the place, which