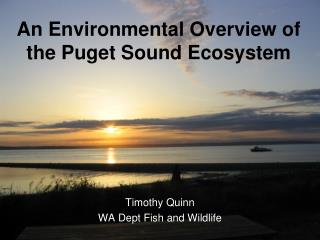 An Environmental Overview of the Puget Sound Ecosystem

An Environmental Overview of the Puget Sound Ecosystem

Estuaries - . by caitlin mahoney &amp; jessica andrich. what are they?. body of water where freshwater flows into the

SHELLFISH - . mollusks and crusteaceans. shellfish. are distinguished from fin fish by their hard outer bodies and their

Theories of Psychosocial and Cognitive Development - . elyse boileau kenna creel kara irvin. what are the theories of

Volcanism - . what is volcano?. a volcano is a vent or 'chimney' that connects molten rock (magma) from within the earth

Volcanism - . any activity that includes the movement of magma towards or onto earth’s surface.