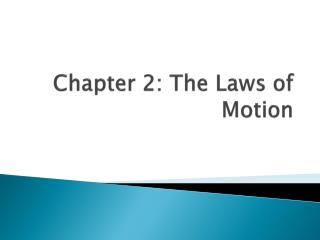 Chapter 2: The Laws of Motion Chapter 2: The Laws of Motion. What do you think? Agree or Disagree?. Lesson 1: Gravity and Friction. Force. A push or pull on an object. Described by: A force gives an object energy to:. STRENGTH DIRECTION. STOP MOVING START MOVING CHANGE DIRECTION. Types of Force. Contact Force

Chapter 2: The Laws of Motion

Chapter 3 The Second and Third Laws of Thermodynamics - . 3.1 the direction of spontaneous change 3.2 the carnot cycle

S-15 - . name all the forces that you think are acting on the creature below. dynamics: newton’s laws of motion. ap