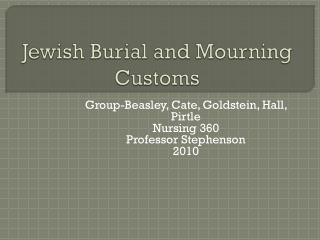 A Brief History of the Jewish State - . from property of the sovereign. …to a sovereign state. jews in the middle ages

Mourning Doves - . by andrea lothe. they are being hunted in many states. this is the mourning dove. you can tell the

Topics Already Covered - . signs indicating we are in the last days. our nations need to return to god. the end times