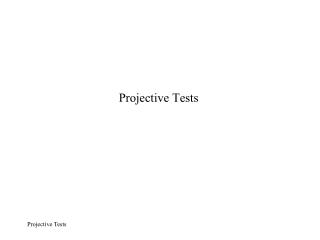 EQ: What is the difference between projective and objective personality tests

PERSONALITY ASSESSMENT - . what do you know so far?. four main measures questionnaires ratings of behaviour objective