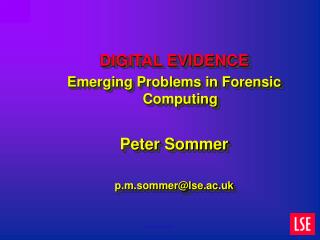 Unit 6: Forensic Anatomy : - . fingerprints. fingerprint evidence is one of the most positive investigative means of

FORENSIC ODONTOLOGY - . prepared and presented by shabeel pn. forensic is derived from the latin word forum which means