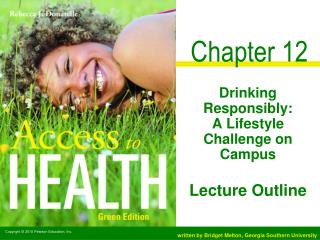 Chapter 12. Drinking Responsibly: A Lifestyle Challenge on Campus. Objectives. Discuss the alcohol use patterns of college students and overall trends in consumption.