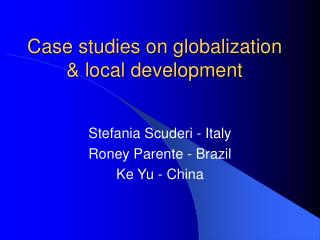 Globalization - . chapter 2, sec 4 social studies. what is globalization? . the process by which people, their ideas and

Topic 1: Introduction to Globalization Studies - . concepts and theories. themes:. what is globalization? how can we