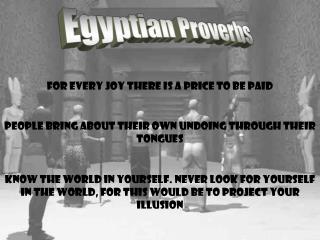 For every joy there is a price to be paid Egyptian Proverbs. For every joy there is a price to be paid. People bring about their own undoing through their tongues. Know the world in yourself. Never look for yourself in the world, for this would be to project your illusion. Egypt. Chronological History. Egyptian Proverbs.

For every joy there is a price to be paid Choose China Hats Online at Wholesale Prices - Now, you can place your order for a new range of hats in china for various

Consideration - . the courts would be overworked if every breach of contract was enforceable through the courts – so

The Prison Epistles - . a study of the letters paul wrote while imprisoned in rome. ephesians, philippians, colossians,

KINGDOM REFORMATION - . price to pay. personal revival . isaiah 61:1-3. 1 the spirit of the sovereign lord is on Analysis of excerpt from Joy Kogawa’s Obasan - . darkness cannot drive out darkness; only light can do that. hate 57 Must-Use Words In Marketing Your Business Online - Contained in the pages of this book are fifty-seven proven,