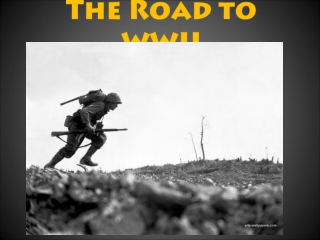 The Road to WWII

The Road to WWII. Before we begin:. Remember, WWI… “The WAR to END ALL WARS ”… was just 20 years prior. Europe was only very slowly recovering while we were enjoying the “Roaring 20s”

The Road to WWII